Traquair House is many things: a museum, a brewery, a store, a wedding venue, a bed & breakfast, and an actual family’s home. It’s also the oldest inhabited house in all of Scotland. Being all of these things, one might assume it’s bustling, but actually, it’s extremely tranquil and quiet. 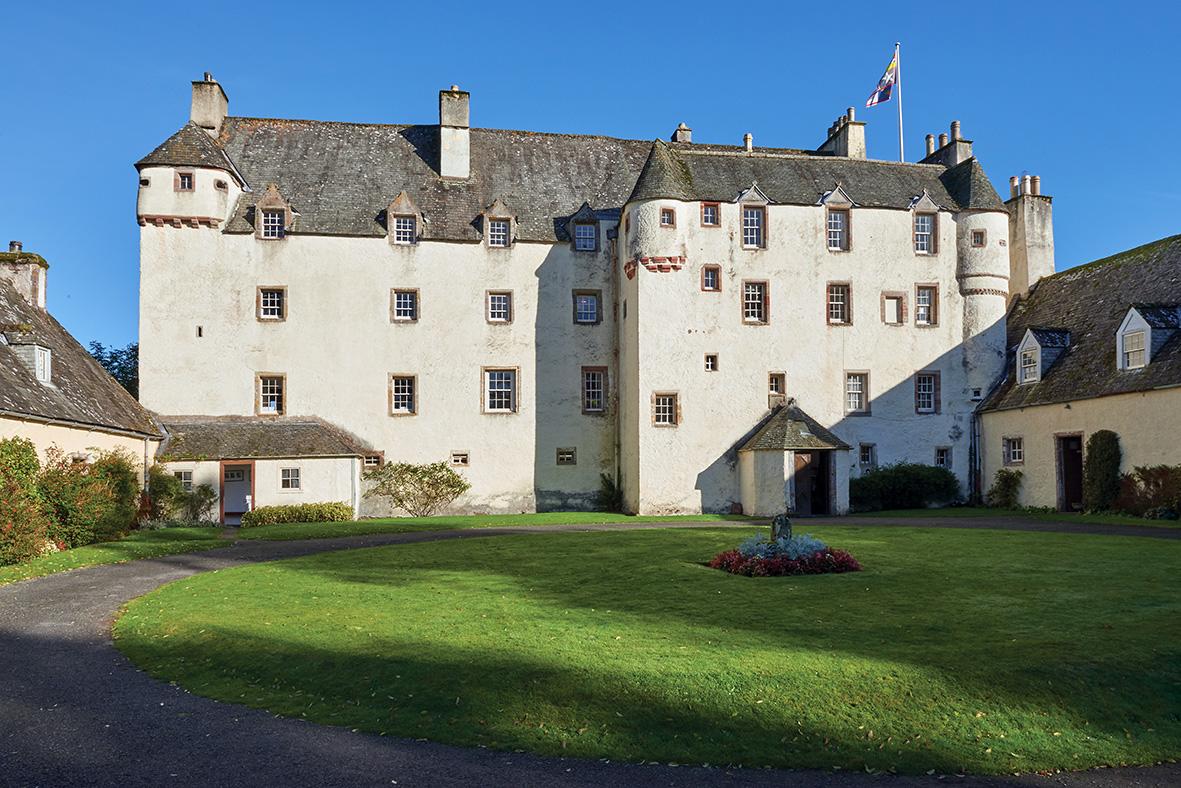 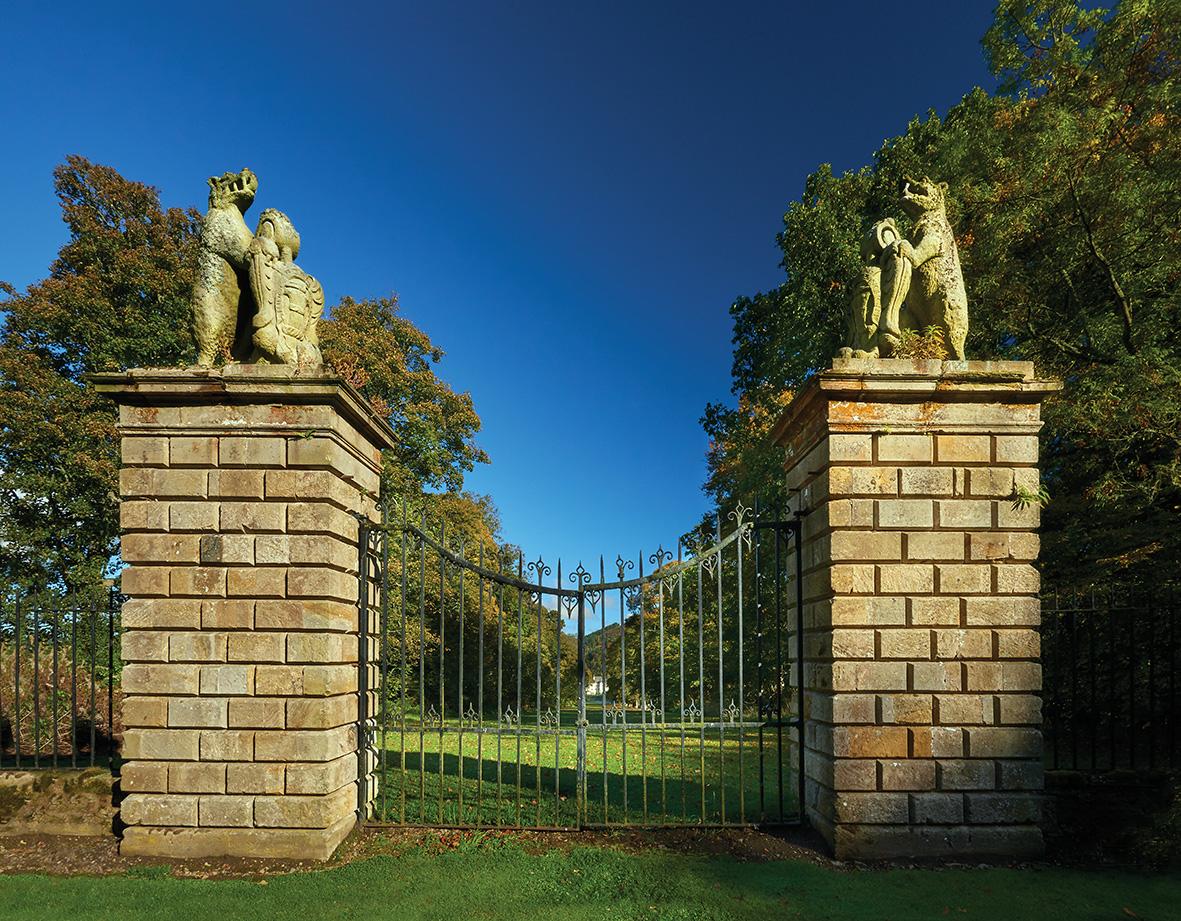 When I visited recently, it was like traveling back in time. If you ever wanted to imagine what it might’ve been like living inside of novel set in the mid-century Scottish countryside, this is the place for you, my friend. Since opening its doors to the public in 1958, Traquair has welcomed in over one million visitors, and regularly gives tours of the grounds. 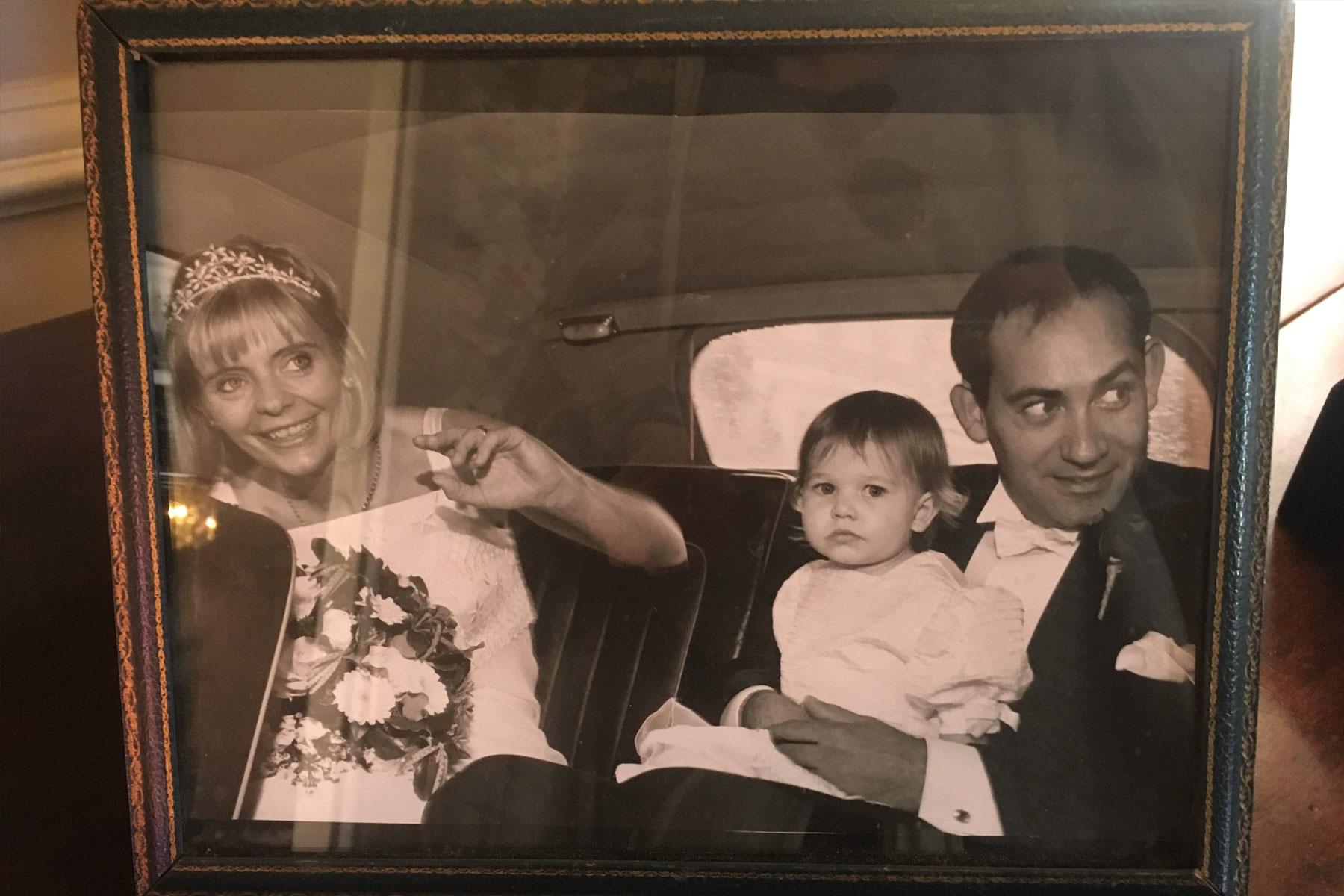 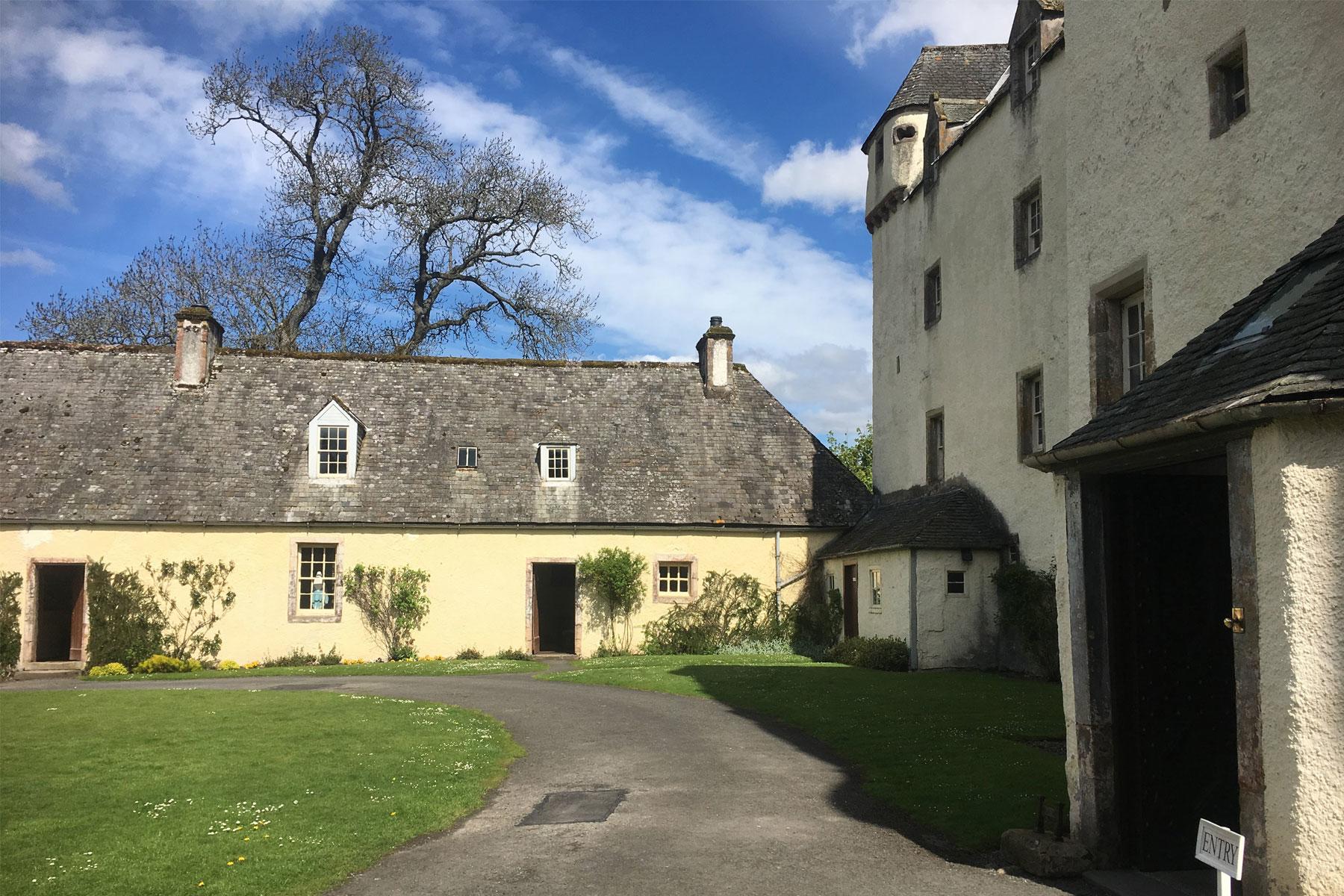 Originally owned by the kings of Scotland, the property went on to become the home to the Earls of Traquair and is today the residence of the descendants of the Maxwell Stuart family. Catherine Maxwell Stuart, the 21st Lady of Traquair, leads groups around the house on a regular basis.

When I first entered through the gates, I was immediately greeted by Lola, one of the house dogs.

I was also greeted by a bombardment of the most polite and specific signs I’d ever seen.

It wasn’t even that cold, the signs were just that polite. It was peculiar. But, the type of delightful peculiarity seemed to follow me everywhere in this house.

Before entering, I was stopped by one gentleman who, pointing at my tattooed arm, said, “Excuse me, I like your skin decorations. May I read what the back one says?” He did so, reading it aloud: “Do you think I’ve gone ‘round the bend? I’m afraid so. You’re mad, bonkers, completely off your head. But I’ll tell you a secret, all the best people are.” After reading it, he said kindly to me, “Well, that’s very true. I concur with this.” He then promptly walked away. I stared at him, entirely confused by his propriety and sincerity. 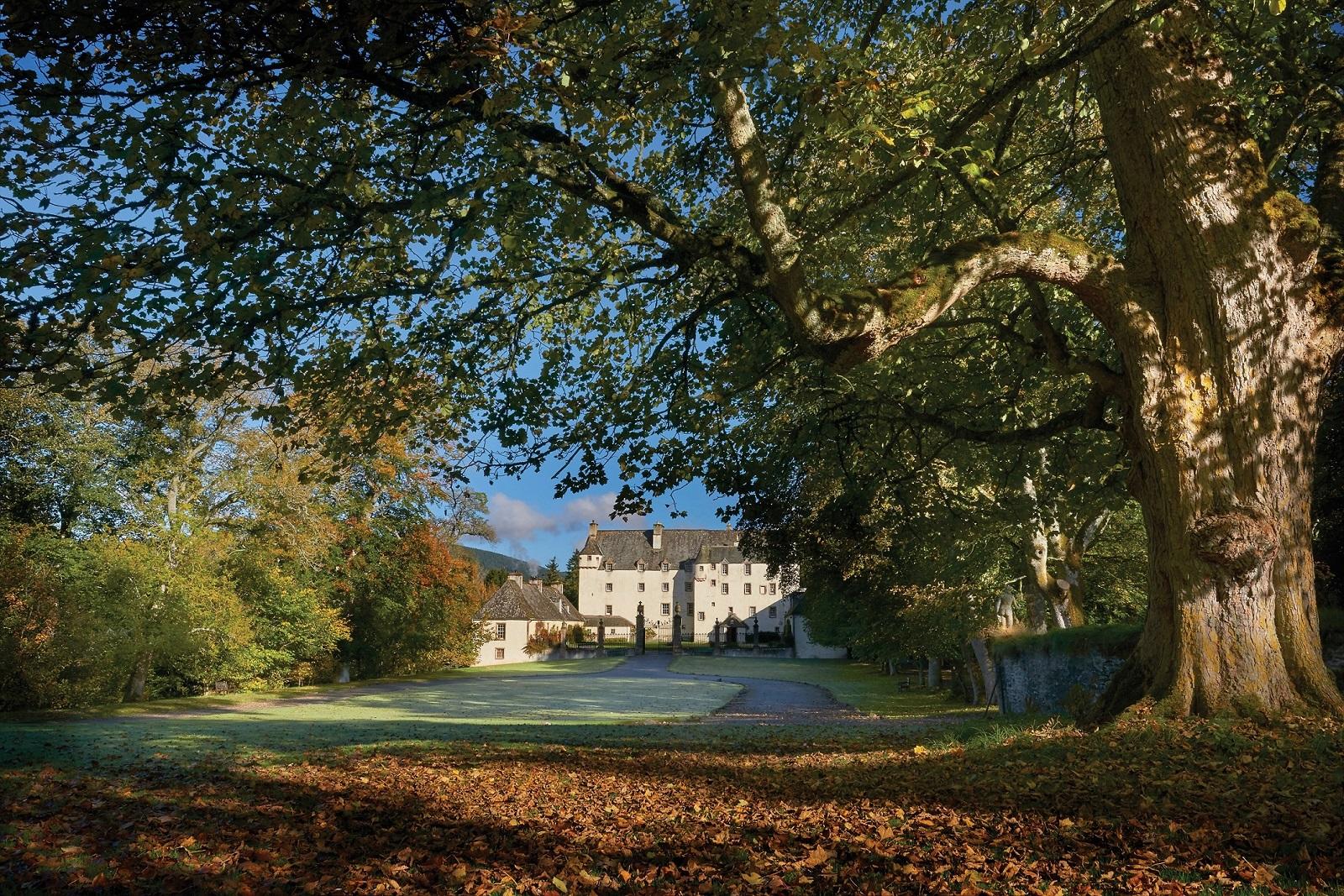 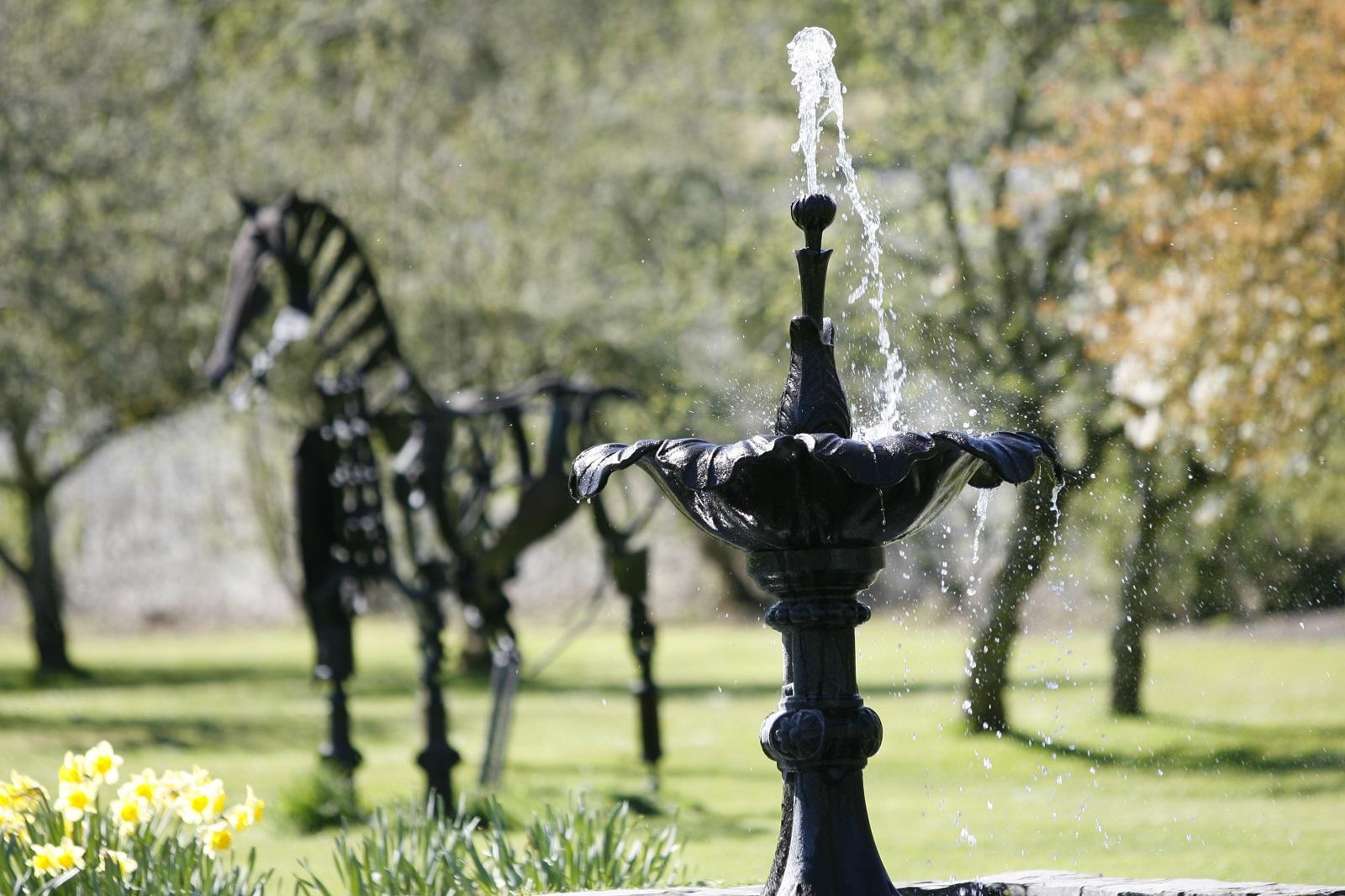 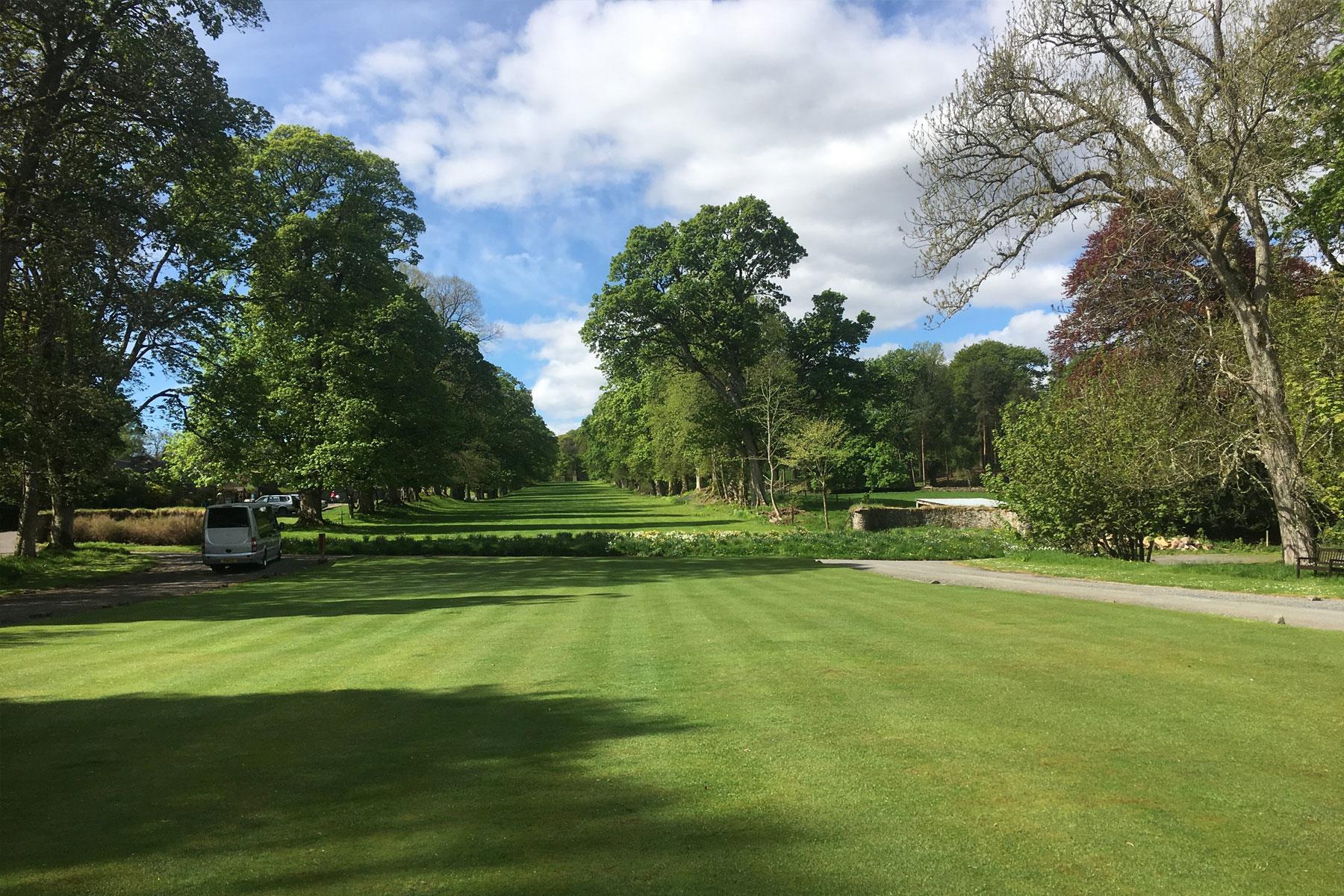 Most people I’ve met in Scotland are like this–immediately kind and without being invasive in any way, for no discernable reason other than that’s simply innately natural to them (which, to be perfectly honest, is downright disorienting to someone from Los Angeles). 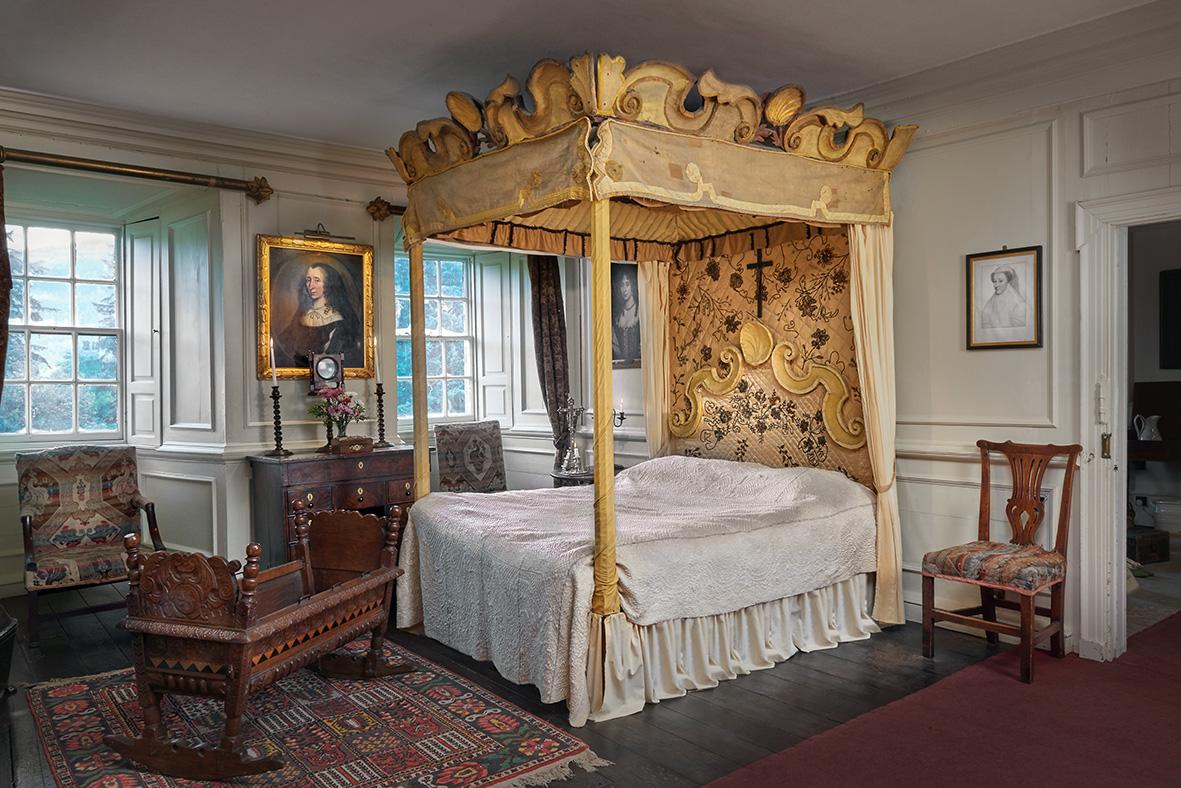 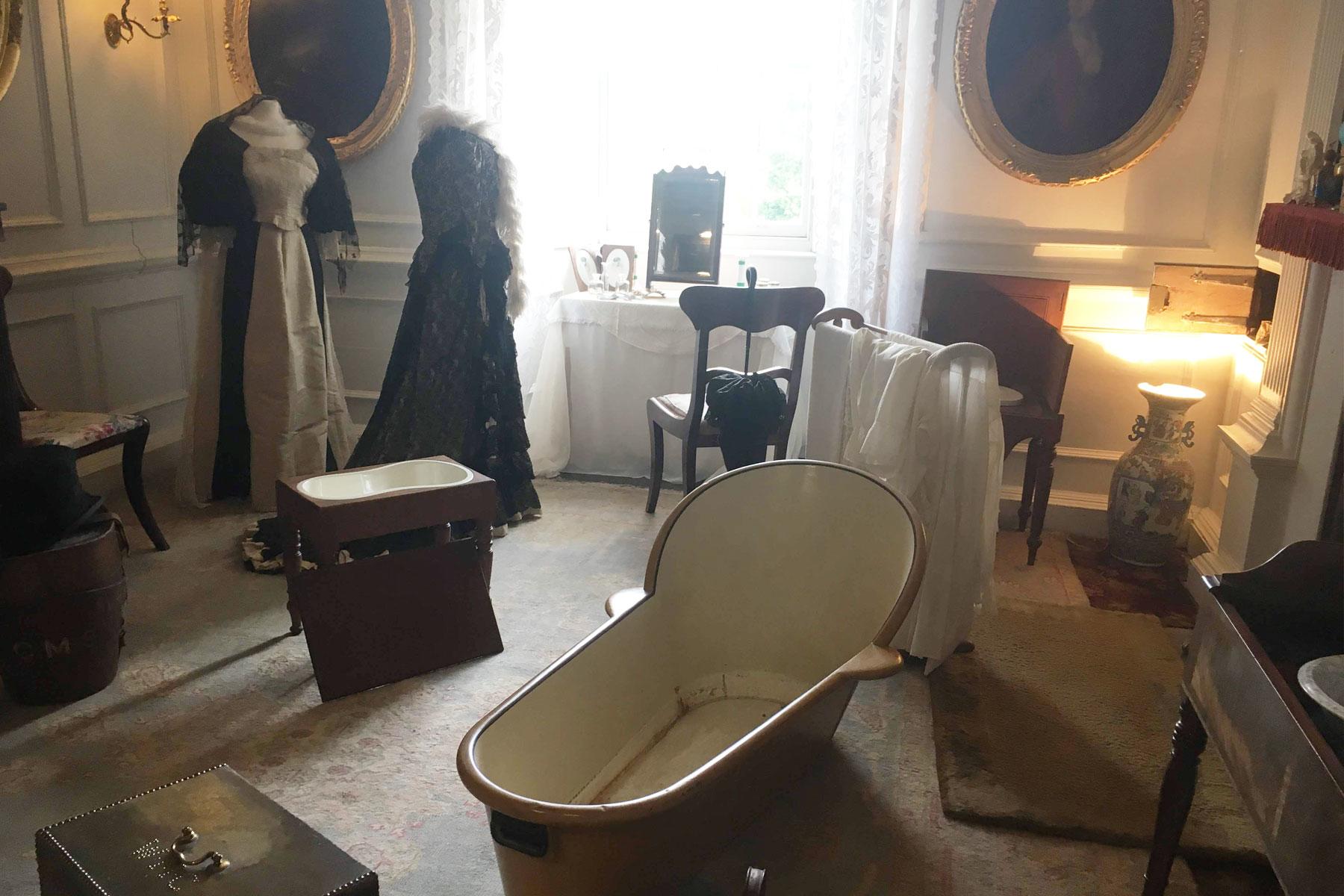 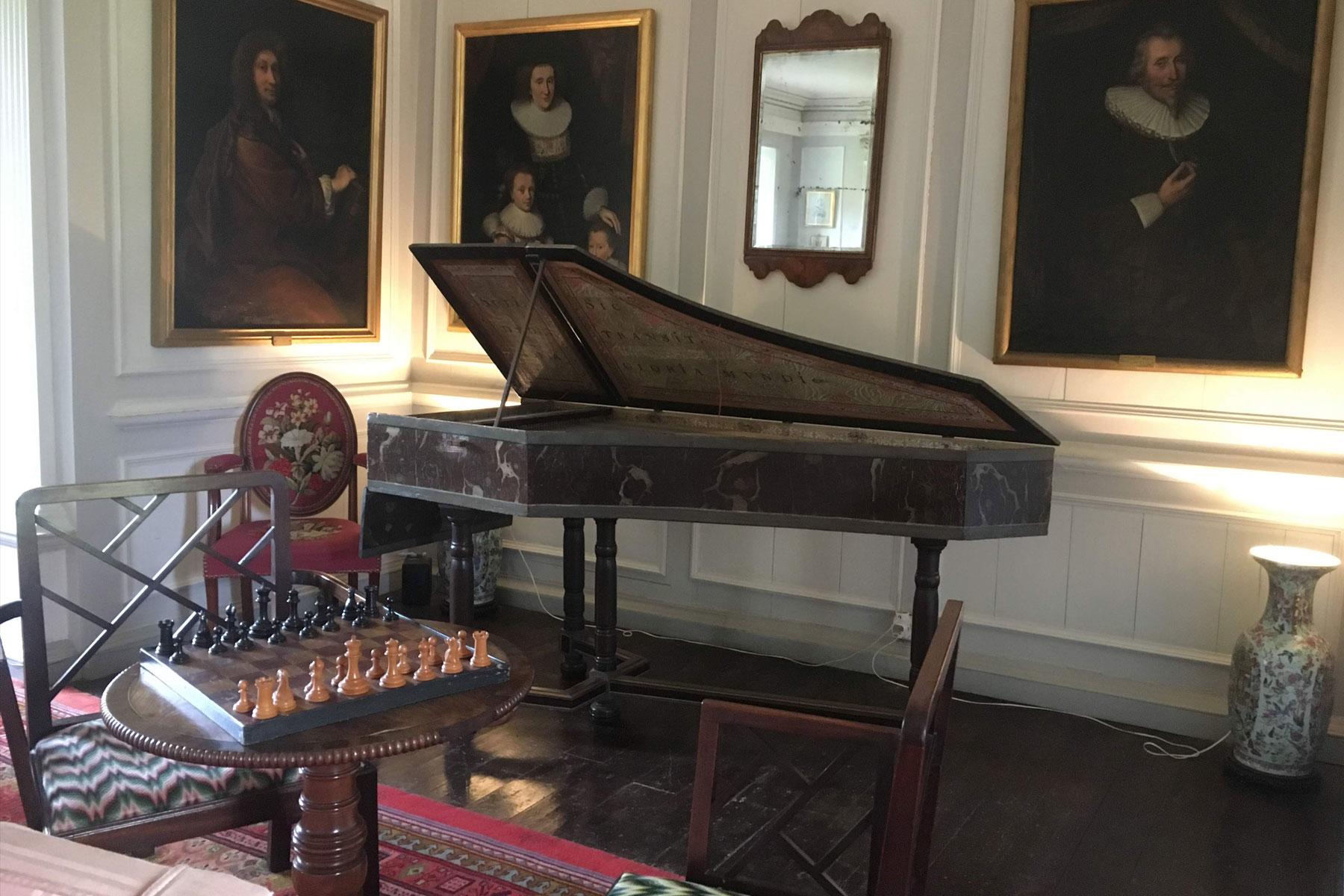 Wandering through the house itself, I found perfectly preserved artifacts of life from 200 years ago. There was a room seemingly dedicated to chess and a harpsichord; a bathroom that looked like it ought to have been in a museum; even the wigs had their own rooms.

Each of these ancient and wondrous chambers was connected not only by hallways but secret corridors, which I both walked and crawled through during the duration of the tour.

Pictured above is a terrifying and steep passage. Would you like to walk down here? No? Too bad. It’s the way out. Get walking down this small, stone staircase, pal. While descending the cramped staircase, I passed by a secret bathroom, and by “secret bathroom” I mean it was a literal hole in the wall with what seemed to be a stone bench, except there’s a hole in the bench and it’s definitely a toilet. Thankfully, it’s no longer in use.

Through the house, I found each room seemingly suspended in time. 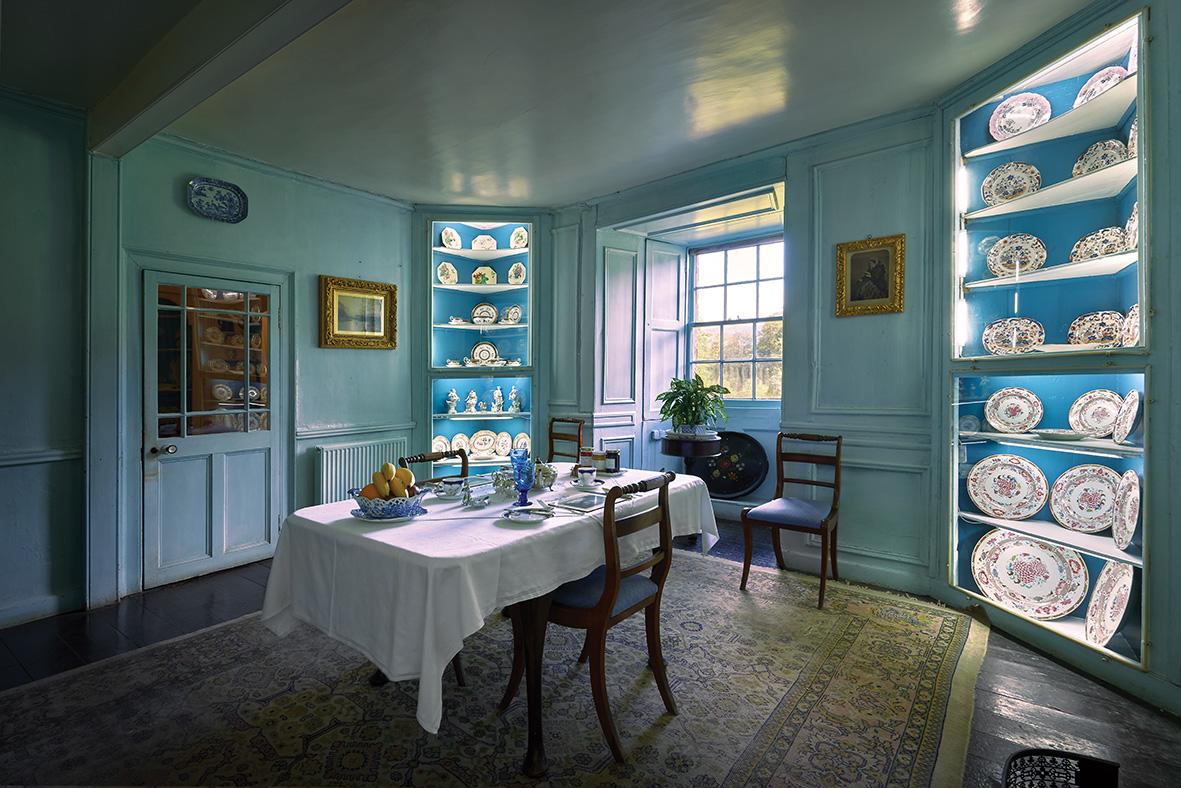 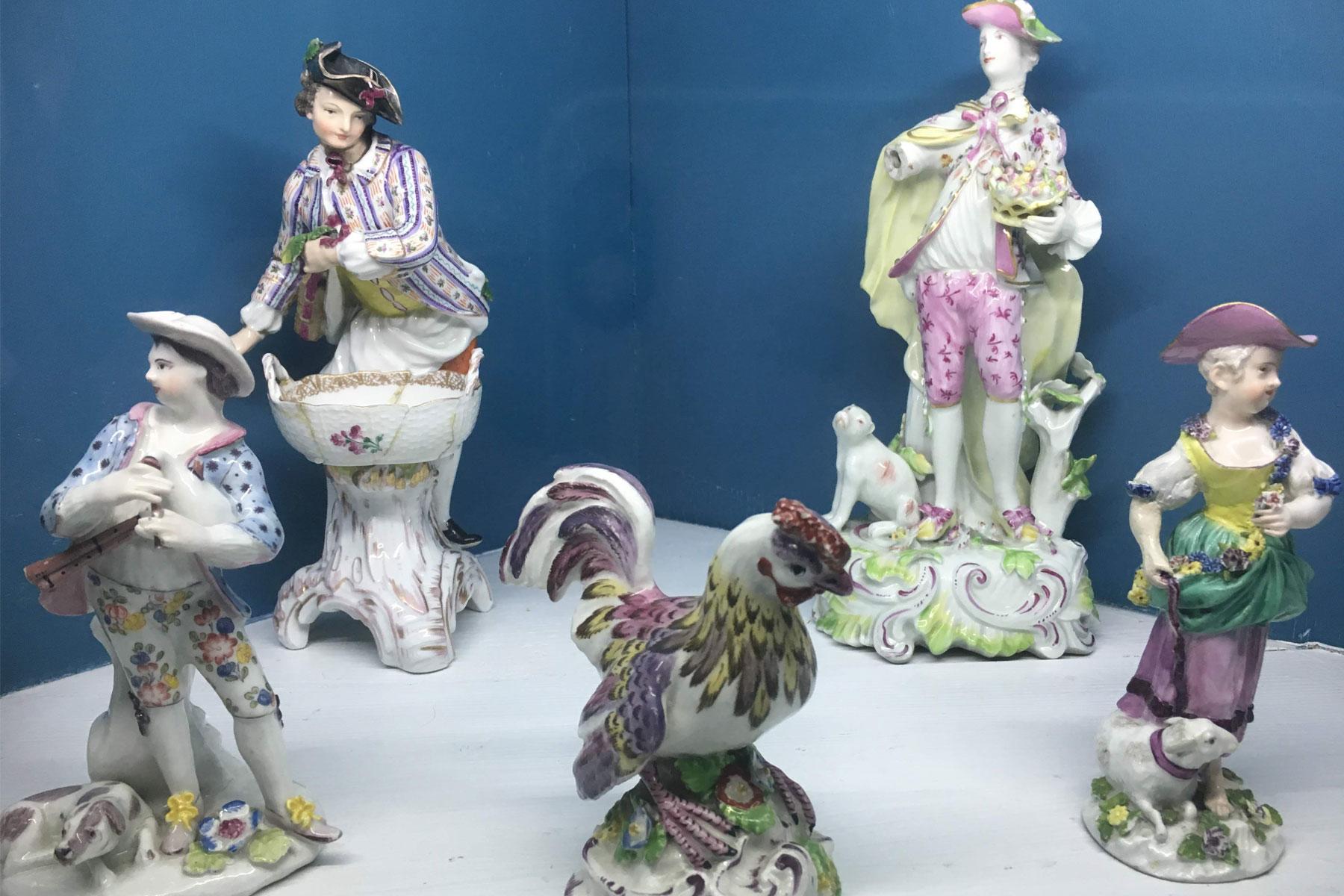 Just outside of the guestrooms, I was led past a very short hallway with some chairs in it, as well as some plaques explaining the history of the house. These chairs may look like just “regular chairs,” but in fact, they are also very old. Great news, though: I was allowed to sit in these old, regular chairs if I’d wanted to. It said it right there on the signs.

That’s right, you may sit on this chair.

You may also sit on this chair. Honestly, I loved these signs. Like everything else, they were extremely polite and gave the notion that perhaps at some point someone tried to sit on things in this house that weren’t meant for being sat upon, so then there became the necessity for these politely direct signs. Once you I saw a sign that read, “You may sit on this chair,” I immediately thought, “OK, cool,” followed by, “Wait, I suppose that means I’m not allowed to sit on other things that do not have this sign on them.” And, just like that, I was kept in line, but not at all offended.

I truly believe the above chair prompted the necessity of the signs, however, I have no verifiable proof. It remains unclear as to whether or not you can sit on this chair, but I’m guessing not.

And, like any normal house, there was a gigantic hedge maze in the backyard. A full, complete, green hedge maze, clearly labeled “maze,” so there was absolutely no confusion as to what I was looking at.

The hedge maze had no dead ends, and it’s a newer addition to the house–it used to be a parterre garden in the 18th century.

And then, of course, I was escorted to another extremely normal room that all homes have: a room filled entirely with dolls. 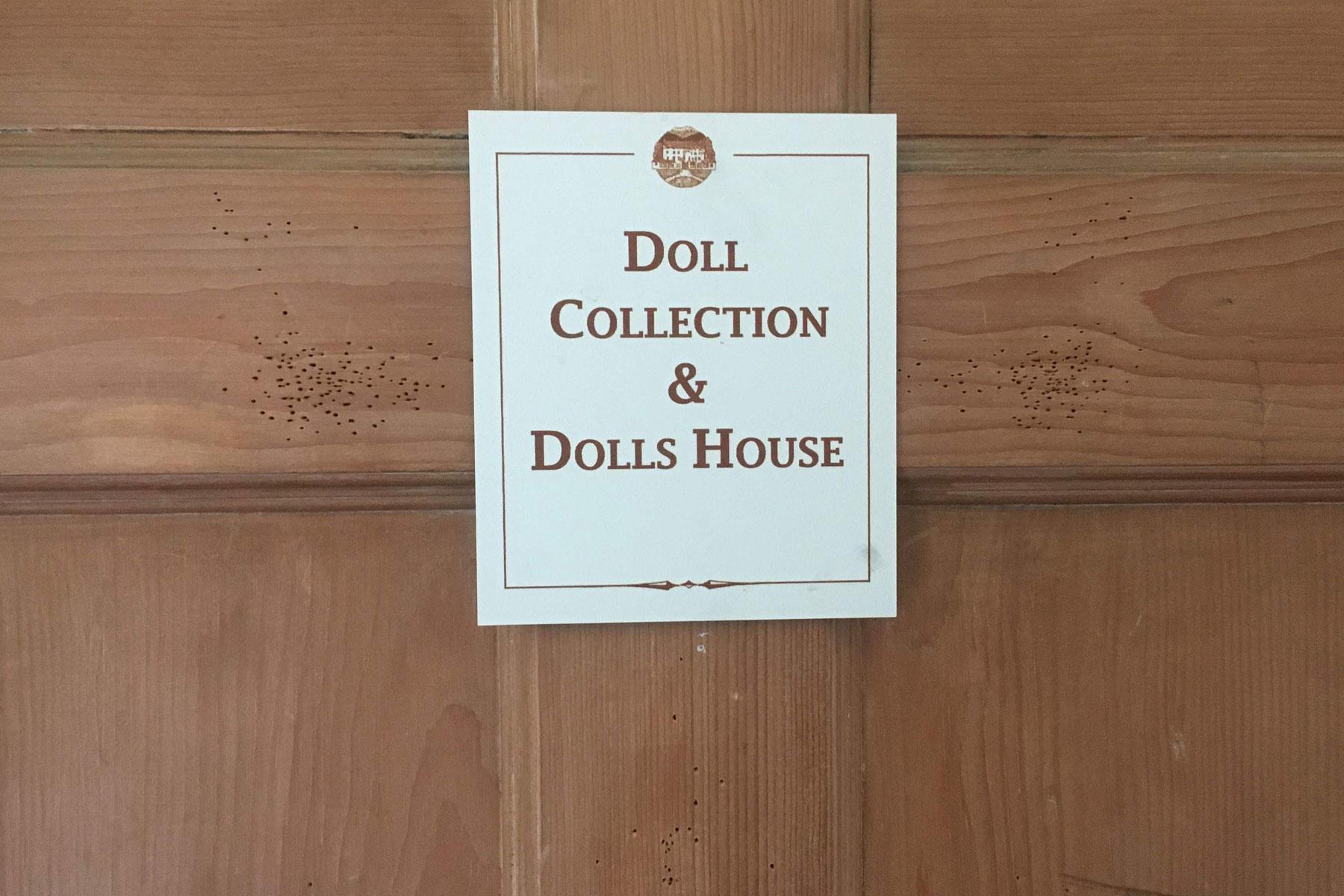 Welcome to the doll room! We promise that you will not die in the doll room, as they are not haunted. They’re simply regular dolls, all crammed into one room, and every single one of them was staring directly at the door as if they’re either A.) waiting for you, or B.) actively trying to get out themselves but unfortunately you showed up and they now have to pretend to inanimate objects.

And then there was the library, which was extensive, and if I’d wanted to leave the library, I may have done so…through a concealed entrance, of course. 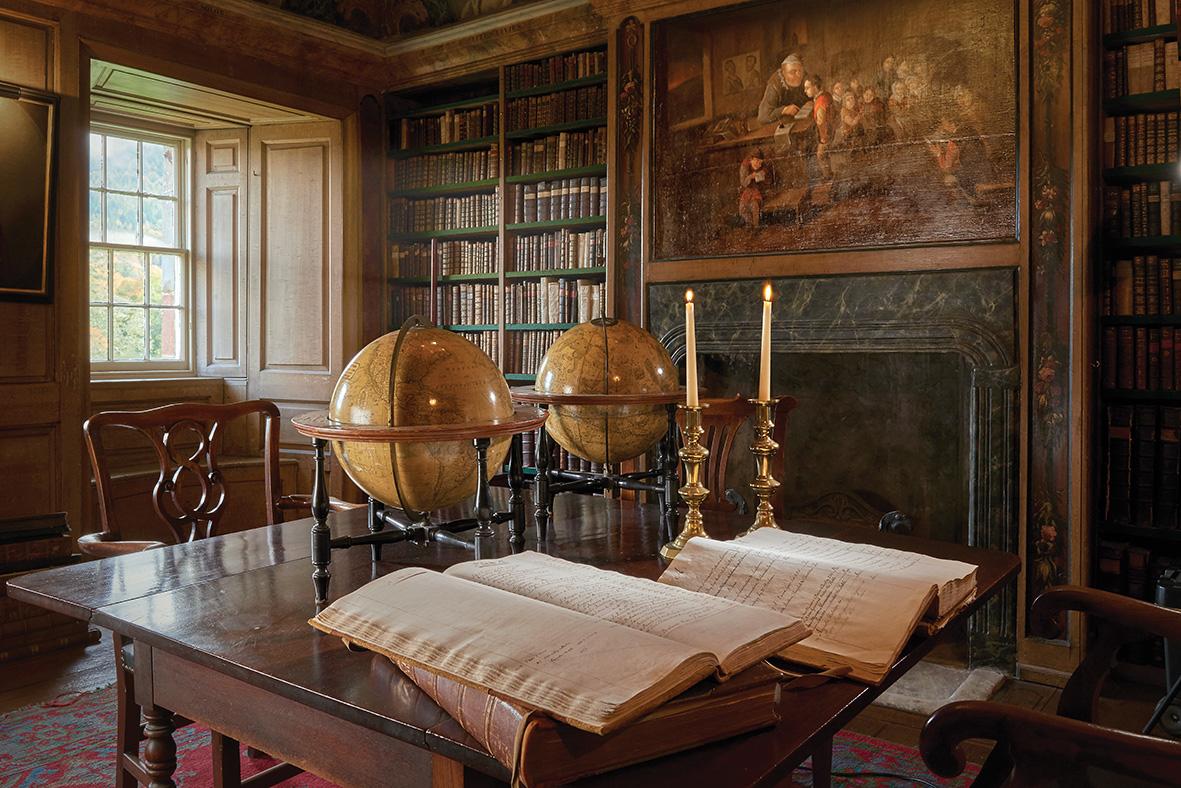 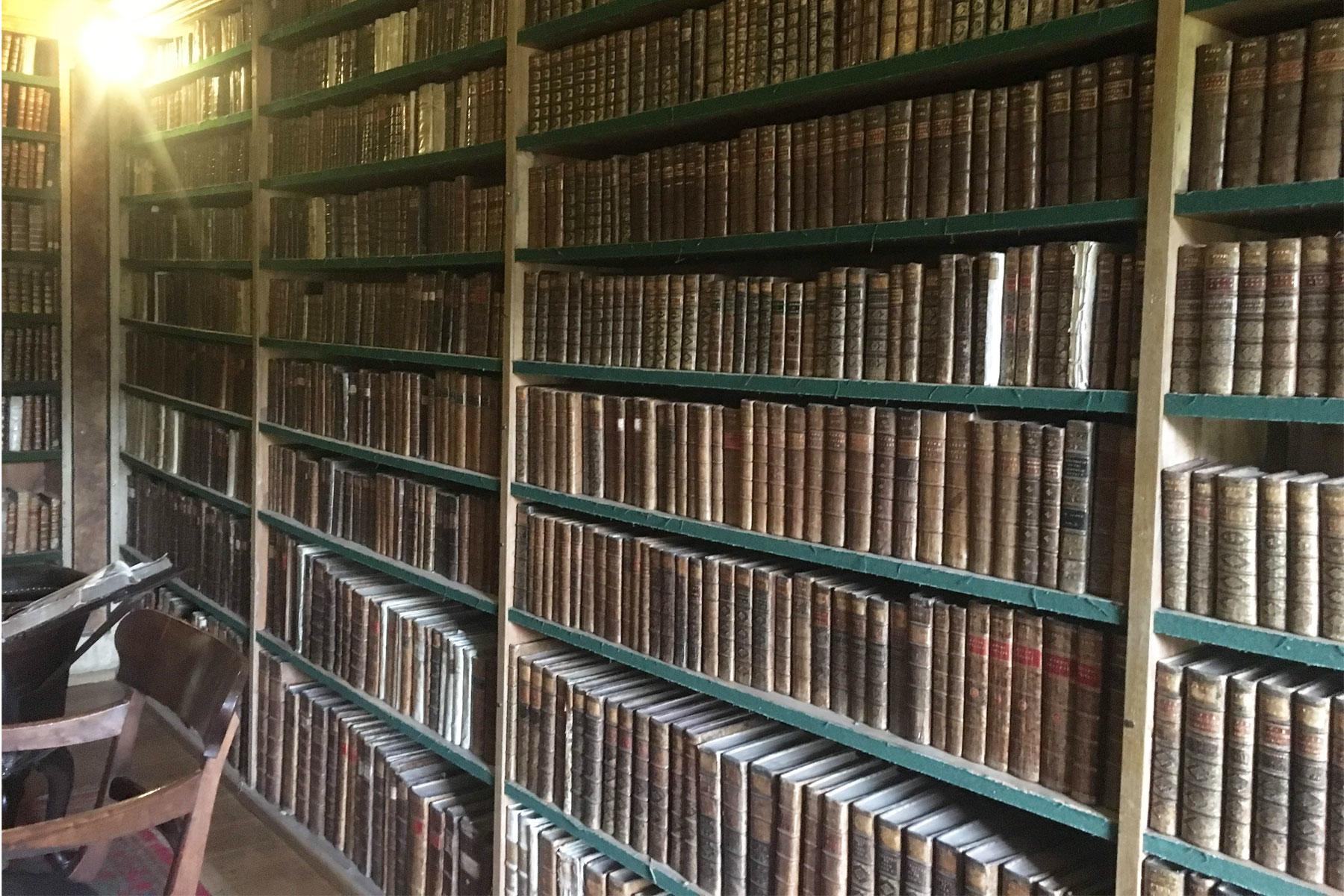 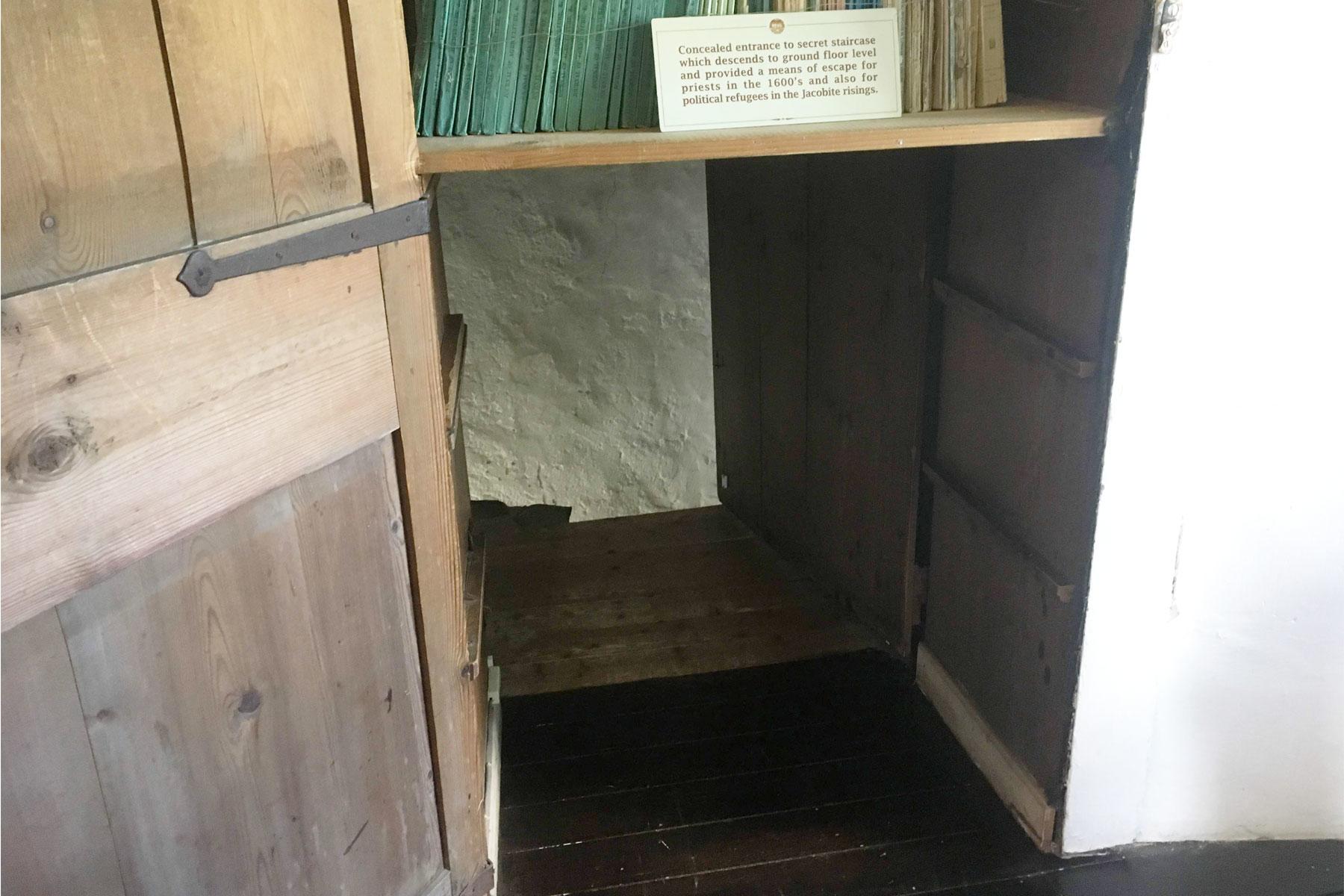 Last, but certainly not least, there’s the brewery, located directly underneath the wedding chapel (which made sense to me on so many levels). The Traquair House Brewery has been around since the 1700s, but was brought to its full potential in the 1960s, where it gained recognition for its “real ales” brewed in real barrels and was a pioneer in the microbrewery business. And here’s the thing: These beers were good. I drank these beers! And I loved them! 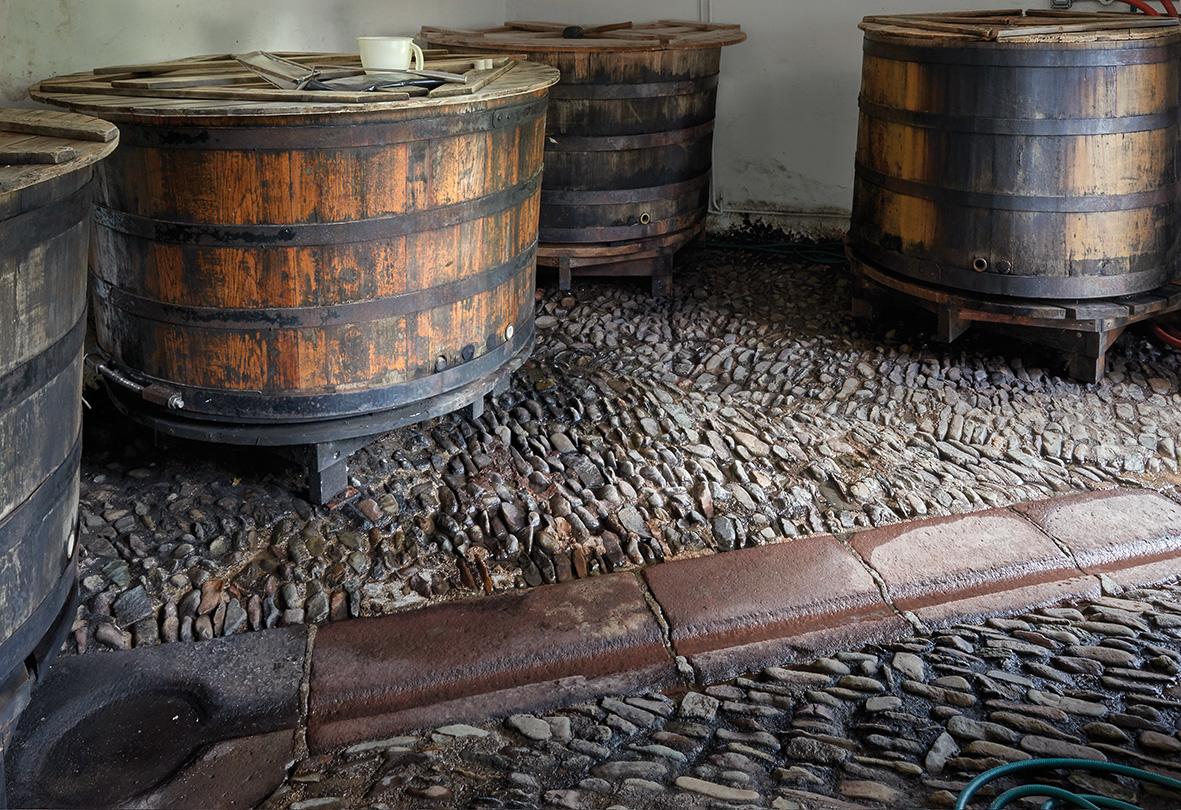 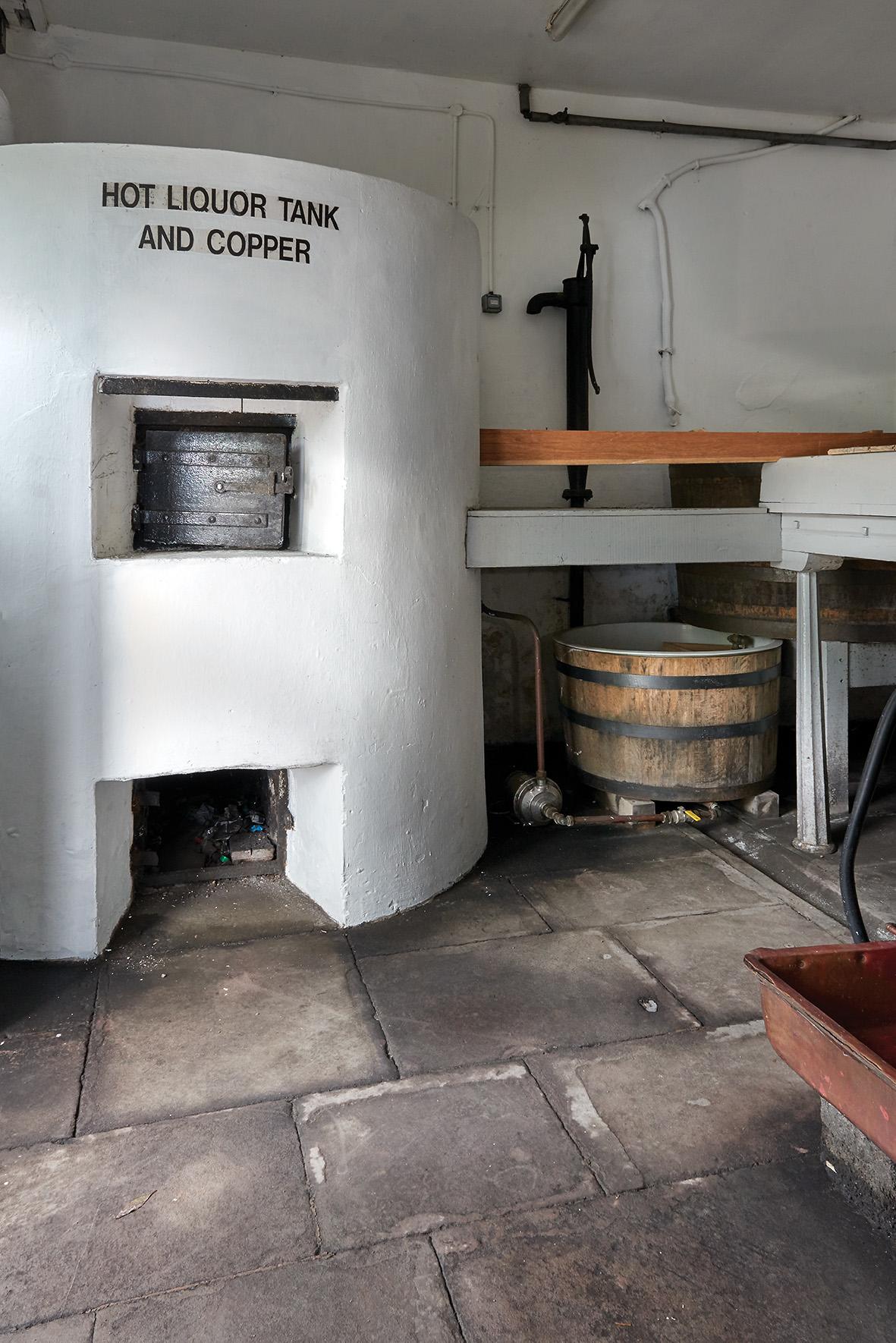 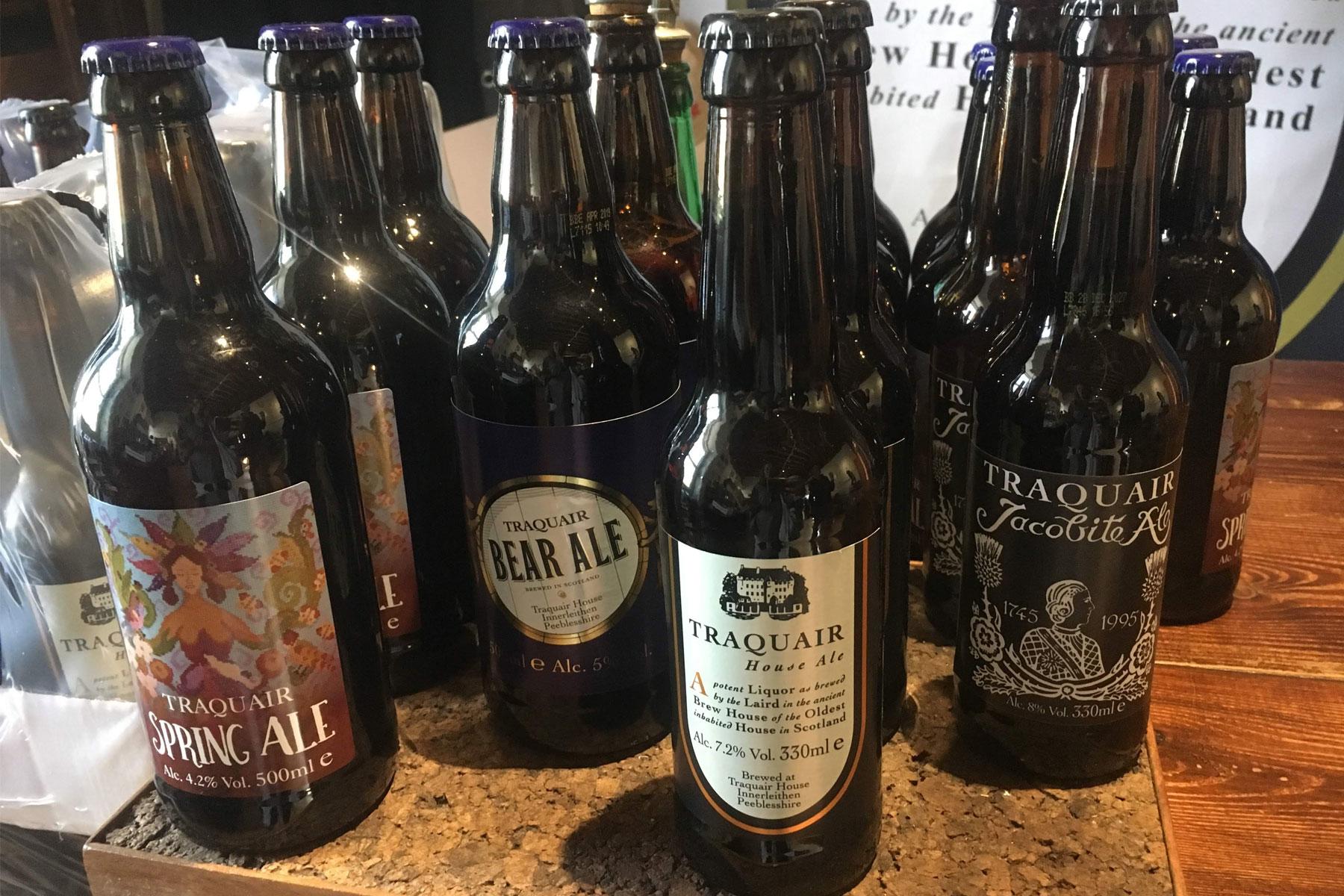 Guided tours can be arranged through the Traquair House website, as can stays in one of their three bed & breakfast rooms.

I Own Two Restaurants. This Is How I’m Getting Through the Pandemic